Aesthetics and Ethics of Improvisation in the Digital Era

The work of an improvising ensemble is intentional action, but of a kind -- a collective kind -- that transcends the sum total of the intentions of individual players. And while performing, players face emergent and rapidly-shifting obligations to each other, to the collective, and to the traditions and histories to which they are contributing. Thus in improvising ensembles we work together in a special way, and we treat or regard each other in a special (closely-listening, closely-responding) way. The digital age of computer interaction lifts these issues to a new level of complexity: do we see the co-improvising program as a co-equal participant to whom (or to "whom") we distribute creative agency; do we have ethical obligations of a similar kind -- not to her or to him -- but to it? This talk will pursue these issues by offering some ways of thinking of (1) collective improvisational creativity, (2) ethical interaction within an improvising ensemble, and (3) the form of "seeing as" that places us into a human-like relationship with artificial musical intelligence.

Pierre Saint Germier: Interaction and Improvisation in Human and Artificial Musicians. A conceptual approach
In this talk, I will first discuss conceptual analyses of the notions of interaction and improvisation in music from the standpoint of the philosophy of action. In particular, I will contend that interaction and improvisation are best conceived as overlapping but importantly distinct notions. I will also present and evaluate a set of positive criteria for improvised action (as opposed to merely negative criteria such as "unplanned" or "unscripted"). In the second part of the talk, I will discuss how these notions can be applied to music-making settings involving artificial entities, such as software or robots.*

While tackling the issues of Machine Ethics from the perspective of possibly intelligent machines, one has to face questions related to the attribution of rights to such mechanical entities. Given that in the last seven or more decades computational systems have been involved in the production of more or less organized sound structures characterized as works of art, one of the machine rights in question is the right of authorship. In its turn, this right is interconnected with a set of other rights and questions like copyright issues (the legal and financial side of the right of authorship), one’s right to be appreciated for one’s own work as well as questions regarding the ontology of the mechanic output (Is it an artistic or just an aesthetic object?). However, answering these questions presupposes the attribution of intelligence to the machines involved in the production of such an output. Could the production of an aesthetically laden output be thought of as a genuine manifestation of intelligence or do we need the application of extra criteria? Our previous experience of designing and running various forms of musical Turing Tests (musical TT) has shown that the criterion of music creativity suffers from the same problems and limitations of any other intelligence criterion applied in the past. Nevertheless, there seems to be a special case of music creativity: music improvisation. So the question arises: Could music improvisation with its spontaneous and dialectical (in the case of human-machine interaction in the context of live electronics) nature be a safe indication of machine intelligence, bypassing the problems of traditional intelligence criteria? Two case studies of music improvisation AI systems are examined.

In the field of Artificial Intelligence (AI), impressive progress has been made in recent years, especially due to the development of deep learning systems. After the first applications of such programs in art and music, it is becoming apparent that a new aesthetic discipline could develop here (in analogy to how advances in computed tomography led to the formation of neuroaesthetics two decades ago). The obvious suggestion would be to speak of AI-aesthetics here. Thus, for example, a deep learning system was trained to abstract the corresponding stylistic features from many examples of a particular painting style, such as Cubism or Expressionism. As a result, it became possible to convert any photo, such as your own portrait, into a Cubist or Expressionist style.
The aim of my lecture will be, on the one hand, to describe the phenomena that fall within the scope of such AI-aesthetics. These include works of art and musical compositions that were 'calculated' using AI programs. Similarly, recommender systems that make aesthetic decisions using AI algorithms fall into this area. On the other hand, I would like to try to gauge the consequences of this for both art and music as well as art and music theory.

Improvisation is a practice free from any pre-established system, based mainly in interaction, namely the aim to become a part of the other, to feel, think and act not only following the subjective assessments but by adapting the play behavior of the improvisation partner. In case of improvisation between a player and the computer music derives from a continuous circuit of mediations, complex real time- interactive responses to the musician’s playing. The computer aided improvisation provides empirical insight into the reversible, dialectical, and signifying nature of a virtual embodiment, where the player acts by feeling his limited body in interaction with an incomplete, not yet self conscious but potential limitless body-subject. The purpose of this paper is to undertake philosophical reflections upon computer assisted improvisation. We see the digital improvisation experience as a process that finds its foundation in a mutually shared space, constituting both the augmented subjective musical body of the musician and the virtual computer subject, providing new forms of self consciousness in creation.

In modern Greek, the term “amechania” roughly translates as “awkwardness”. It owes its name to the ancient Greek deity of Helplessness, a spirit linked to times of crisis and want. Literally translatable as a “de-machination”, it essentially describes the critical state when a mechanism fails, and otherwise automated procedures are rendered inoperative. Yet, unreliable systems and failing machines, whether in the form of technological apparatuses or cognitive procedures, also tend to yield their own unforeseen byproducts. When a machine is de-instrumentalised, when its prescribed function is not executable and its use no longer discernible, divisions between subject and object, freedom and control, process and product may be more easily exposed, unpacked, and relativized. Discussing such liminal instances in recent examples of improvised music, I examine the broader theoretical implications of this concept, with reference to the work of Giorgio Agamben and Donna Haraway among others, and propose an active exploration of amechania as a positive aspiration for experimental and improvised music-making in the age of machinic capitalism. 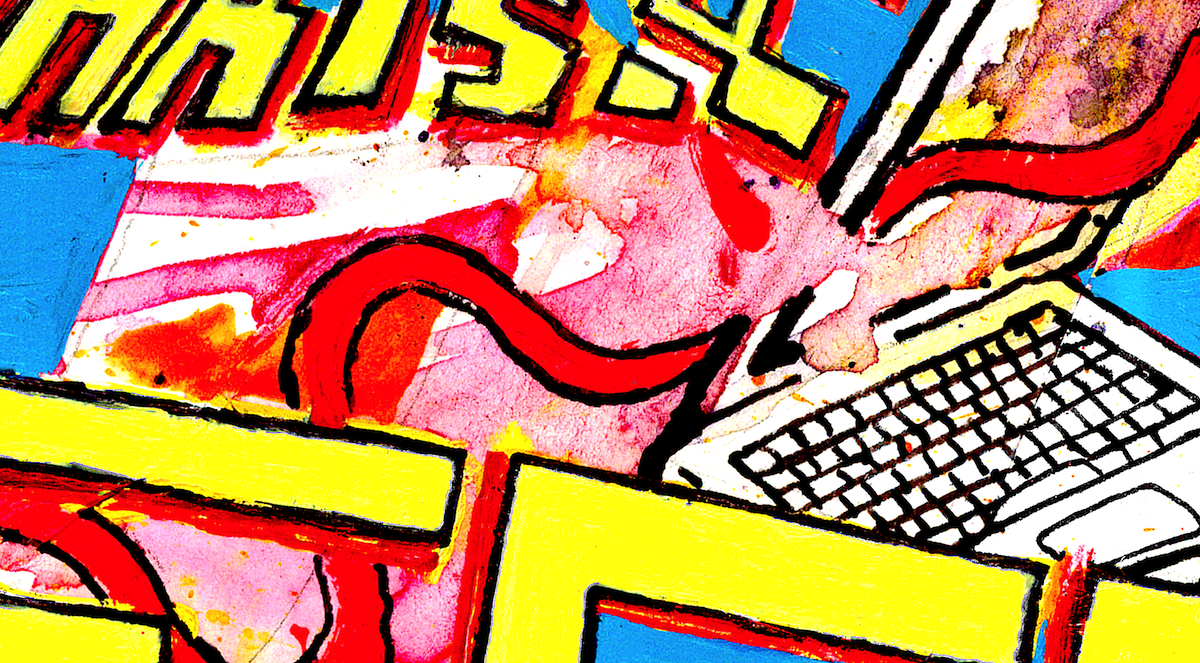